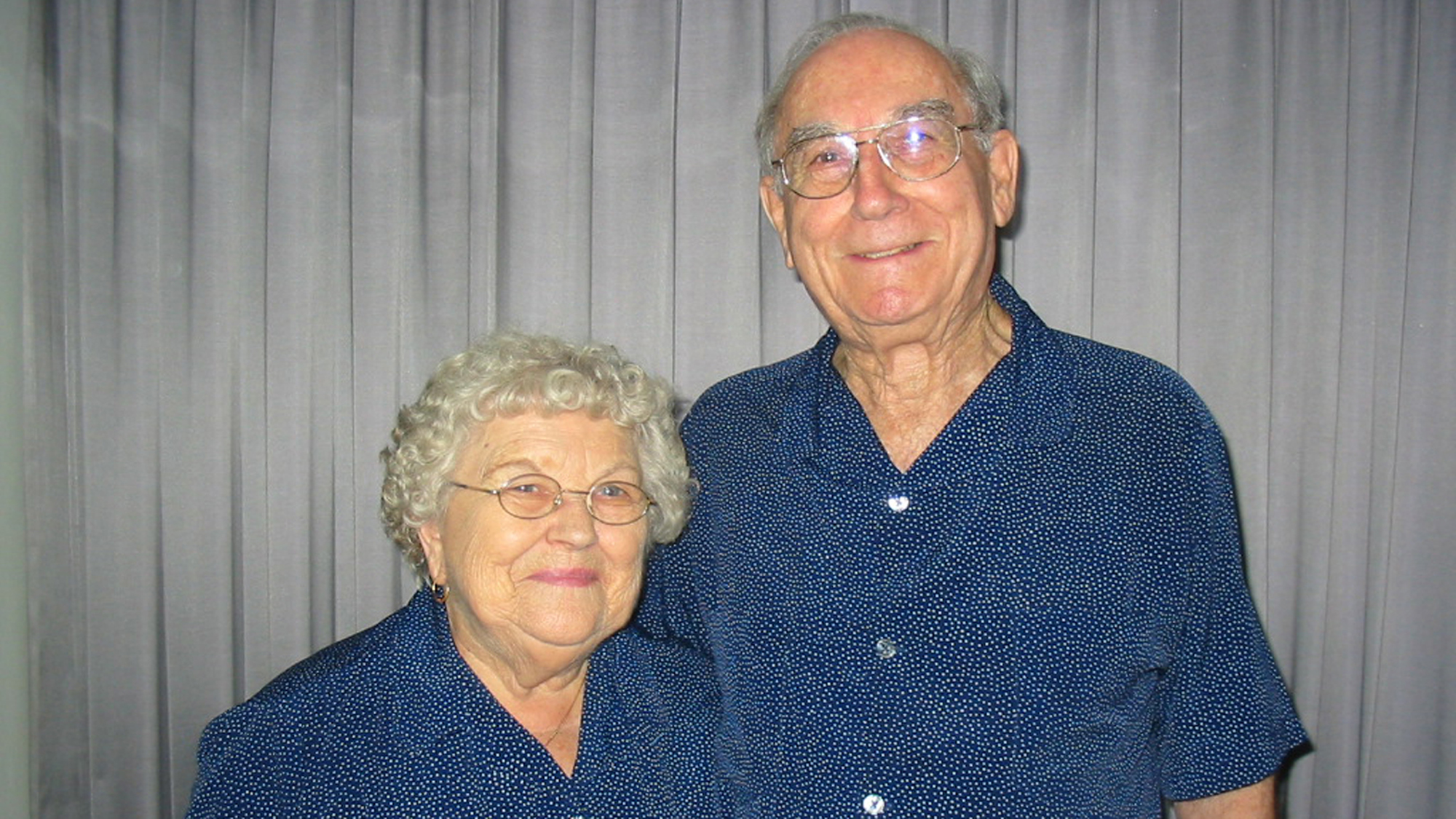 Gary commanded a Navy patrol plane during World War II. They married in 1945. Gary would become a lay leader for evangelism and eventually join the staff of the Baptist State Convention of North Carolina. Evelyn taught in public schools as well as the North Carolina School for the Blind in Raleigh.

Gary became the president of Fruitland Baptist Bible Institute in 1965. Evelyn became a local elementary school teacher and taught a “Social Graces” etiquette class at Fruitland. Fruitland alumni remember them for their sweet spirit and zeal for Christ.

Gary was 55 years old when they left Fruitland to serve with the Mission Board in Antigua. He used his agricultural background (bachelor of science degree) to help construct irrigation systems on several islands and create opportunities to share Christ.

The Harthcocks officially retired from the IMB in 1985 but continued sharing Christ through English classes and writing. Their books, available in the Fruitland library, include: Into the Buddhist Mind, Dear Lhamo—-Letters To A Tibetan Friend, His Eye His Hand: The autobiography of Gary Harthcock, Help Me Small and A True Story. Their “Easy English” lessons have been an influential method for using Bible stories to teach English.

Gary Chapman tells the story of meeting the Harthcocks, already in their eighties, in Thailand in his book Married and Still Loving It. When asked how they supported themselves as missionaries Gary replied “We receive our Social Security checks and I have a small pension from where I worked, and that’s all we need.” He then asked them how long they would serve in the mission field. Harthcock replied “As long as we have physical health…We have no desire to move to Florida, sit in a rocking chair, and wait to die.”

(The Baptist Press story by Caroline Anderson was used to write this post http://www.bpnews.net/48139/40-years-4-continents-imbs-harthcock-dies-at-97)

A Word of Thanks

How to Help Fruitland

A Letter from Steve Scoggins